The climate change imposes the implementation of adaptation and mitigation strategies in many sectors of the human activities which cause the emission of huge quantities of greenhouse gases.

As for agriculture this need is especially felt in the case of greenhouse horticulture , as far as the traditional practices request the use of a lot of chemicals, energy and water which produces  large quantities of greenhouse gases and polluting effluents.

This situation is even more problematic when the 85 hectares of greenhouses (on a total land area of 600 hectares)  are located in nature reserves or protected areas as in the case of the Special Protected Area of the Fondi Lake in the Regional Park of the Ausoni Mountains, area of implementation of the Sustgreenhouse project’s activities. This area is at risk and environmentally fragile due to its geologic and hydrologic conformation, especially because of the extensive pumping of its groundwater for agricultural use.

The overall objective of the project was to demonstrate, through the construction of a sustainable greenhouse model put in comparison with a traditional one, that farming can be conducted by more environmentally friendly ways in terms of:

In the project area from several years is in use a technique for the winter heating of the greenhouses which is based on the so called defrosting irrigation. The technique consists in the spilling of water on the roof of the greenhouse when the external temperature lowers below 5 °C. The water is drawn from the ground and it is estimated that in the whole area the total annual consumption of the water used for defrosting is on average of 15.7 million liters/ hectare of greenhouse, that is much higher than the quantity of water needed for the irrigation of the plants. It 'clear that this involves the dispersion of thousands of cubic meters of fresh water per year and the depletion of groundwater what becomes even more relevant in a territory highly exposed to:

The new greenhouse structure was made with technical features geared to sustainability by optimizing the production, and at the same time, the economic management, through:

The project was implemented through 4 principal actions aimed at demonstrating that with a balanced supply of water and mineral nutrition it is possible to have quality production in agriculture which can be, at the same time, of low environmental impact:

The proposed greenhouse model showed that through the use of specific technical arrangements it is possible to reach substantial benefits both in environmental (saving water, reducing chemical inputs and  greenhouse gas emissions) and in economic terms, related this latter to the savings of the farmers.

From the point of view of farmers the interest for this technique lies in the fact that the simultaneous adoption of two or more innovative methods amplifies the results. For example, the parallel use of precision farming, compost and mycorrhiza allowed to save up to 29% of nitrogen, over 20% of irrigation water and to reduce by 4% the unit cost of production per hectare. For local authorities, instead, the attractiveness of the model is represented by the advantages of its possible application on a larger scale. In fact, if only half of the 85 hectares of greenhouses present in the Plain of Fondi adopted these innovative methods, with only two crops a year, it would lead to a reduction in the annual average of the groundwater  consumption of over 500,000 cubic meters for the defrosting system and of 150,000 cubic meters for the plant watering. It would be also possible to have a reduction of about 3 tons of chemicals, of 364 kg of CO2 release into the atmosphere and of  620 kg of non-renewable resources. All this with an increase of the average productivity of between 5 - 10% and a reduction of the production costs of between 2 - 4%.

In detail, the main results achieved by the project were: 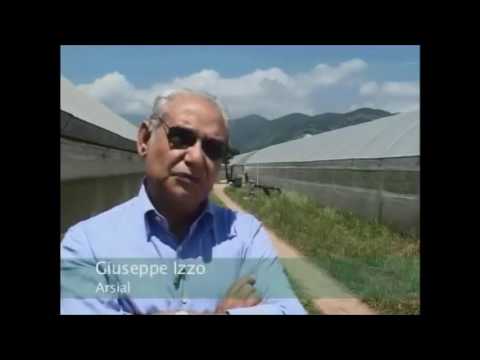