Degradation, characterizing today much of our territory and in particular soils and landscape, is unfortunately advancing. Due to lack of adequate information, suitable databases and expert support, the institutions called upon to make decisions in terms of planning and management are often unprepared, or in great difficulty to face these problems. At the same time also farmers, foresters and local operators need practical information or useful tools for a sustainable land and landscape management.

The SOILCONSWEB project was born from these considerations and its main objective was to produce, test and apply an innovative tool, developed through the web, to support decision-making concerning issues of agricultural and forest landscape in order to improve soil conservation and land management. The WB-SDSS (Web-based Spatial Decision Supporting System) is a tool compatible with the INSPIRE legislation (aimed at making geo-referenced environmental information homogeneous and shareable in the EU), also designed to facilitate the implementation, on a landscape scale, of the thematic strategy for soil protection and some important European environmental directives, including the Nitrates Directive (91/676/EEC) and the Directive on the protection of the environment, and in particular of the soil, when sewage sludge is used in agriculture (86/278/EEC).

The WB-SDSS was developed and applied in a pilot area of approximately 20 thousand hectares, in the Telesina Valley located in the Province of Benevento. It is a territory that presents a considerable complexity and environmental variability and a land use that varies from agricultural to forestry.

The WB-SDSS was subsequently made operational, only for some basic functions, in 4 other pilot areas: Region of Campania (the countryside of Aversano), Region of Lombardy (Piana di Lodi), Sicily (the slopes of Etna) and Austria (area of Wachau). This demonstrates the flexibility, adaptability and reproducibility that characterize the SOILCONSWEB system.

The WB-SDSS SOILCONSWEB is freely usable, through a very intuitive interface, by concerned individuals (farmers, forestry experts), public bodies (in particular political decision makers, land planners and managers) and other interested parties, including single citizens. As part of the last WS-DSS development phase a specific document,  Implementation of the WS-DSS software and hardware systems  was also developed, which describes the system’s  architecture and provides useful information to the potential users on its use. 4 training courses for specific target groups were also carried out, aimed at promoting awareness of the methodology and use of the system in relation to specific issues.

The structure of the WS-DSS is divided into 4 modules: Agriculture and Forests, Environmental Protection, Territorial Themes and User Themes. The first two modules allow access to instruments designed to deal with problems related to viticulture, olive growing, forests, soil degradation (erosion, decline in organic matter, soil sealing, slope stability, soil protection capacity, disadvantaged areas, nitrate pollution, wastewater spreading, etc.), land management, etc. The Territorial Themes module is a container for explorable data and maps relating to the territory, which presents the characteristics of a Web GIS (Geographic Information System) whose cartographic base is Google Maps. The last module, instead, contains the data selected and saved by the user. This latter can query the database on environmental and agro-forestry problems, then explore, evaluate and compare possible solutions. The WS-DSS also allows interaction through the use of dynamic simulation models, considering other parameters too, such as soil texture, type of cultivation, and period of interest for the simulation. In this way, interested parties can produce detailed documents, reports, maps, maps with legend, tables and spreadsheets (containing the results of model simulations) in response to specific queries relating to agro-forestry and environmental issues.

Main functions of the WB-SDSS developed through the SOILCONWEB project are:

The SOILCONSWEB project represented an investment in innovation, anticipating by a few years an approach characterized by the combination of a decision support system with a Web GIS that has then soon spread to many European and non-European countries (although the SOILCONSWEB WB-SDSS remains a unique tool in its functionality and adaptability). The adopted methodology has allowed to overcome the limitations of a normal Web GIS that cannot process the available data, but simply display the information it contains, creating a system that can combine GIS technologies via web with the application of complex simulation models. 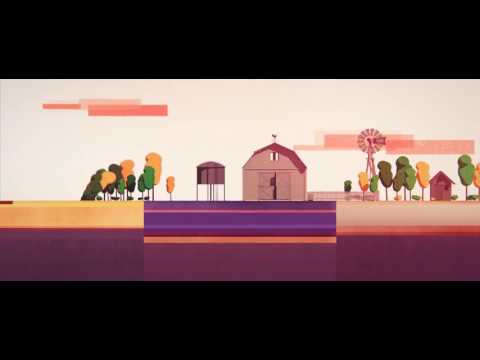