PROVIDUNE - Preservation and recovery of coastal dune habitats in the sites of the Cagliari, Matera and Caserta provinces

PROVIDUNE - Preservation and recovery of coastal dune habitats in the sites of the Cagliari, Matera and Caserta provinces

Recovery and rehabilitation of degraded coastal dune habitats. These are the goals of the PROVIDUNE project which aimed, in particular, at safeguarding the priority habitat 2250* "Coastal dunes with Junipers and other coastal dune habitats connected to it", among the most threatened of the EU and present in Italy, Portugal, Spain, Denmark, France and Greece.Coastal areas are strategically important for the European Union (Recommendation 2002/413/EC on the Integrated Coastal Zone Management in Europe), because they are particularly exposed to several risks, which are likely to increase as a result of climate change: the rising sea levels in the Mediterranean areas increase the risk of coastal erosion and flood, and the likely intrusion of brackish waters inland. However, the major threats related to coastal erosions are still those deriving from not respectful human actions.

The general objective set by the project was to enhance knowledge about the conservation status of the habitats in the project sites, and to put in place a number of urgent protection measures for the 2250* habitat (Coastal dunes with Juniperus spp) in five Natura 2000 sites located in the provinces of Cagliari (SCI ITB042230 Porto Campana, SCI ITB042218 Stagno di Piscinnì, and SCI TB040020 Isola dei Cavoli Serpentara - Punta Molentis - Campulongu) Matera (SCI IT8010019 Pineta della Foce del Garigliano) and Caserta (SCI IT92220055 Bosco Pantano di Policoro - Costa Ionica Foce Sinni), which were subject to serious damages, mainly of anthropic origin, related to:

PROVIDUNE was aimed to develop and implement a common approach among the provinces (Cagliari, Matera and Caserta) with the same habitats and characterized by similar problems, as well as to increase the level of awareness of local populations and tourists both on the objectives of the project and the importance of these habitats.

The project included a range of diverse actions, such as preparation, practical conservation actions, awareness raising and monitoring. In the preparatory phase a multidisciplinary study was carried out on the interested sites aimed at acquiring botanical and sedimentological data concerning the coastal erosion and dune processes that provided the basis for the implementation of habitat recovery and conservation actions, as well as to identify reliable indicators on the basis of which to verify the effectiveness of the undertaken actions. The remote control system enabled a detailed analysis of the ordinary marine weather events and the impact of the extreme ones.

Geobotanical studies have allowed to learn about the biotic characteristics (flora and vegetation) and conservation status. The preliminary studies were instrumental for designing the preparatory and executive actions to mitigate risks, regenerate and safeguard the habitats. Conservation actions consisted in the following series of interventions:

As regards communication, special attention was paid to tourists who were involved in awareness raising actions during the summer season directly on the beaches and areas of congregation, as well as to schools for whom  educational modules, workshops and field trips have been activated.

All the habitats included in the project area, of great environmental value and importance for the landscape, have made evident improvements thanks to the drastic reduction of pedestrian traffic, to the eradication of invasive alien species and  to naturalistic engineering works aimed at dunes recovery. The experimented planting interventions have instead contributed to the renaturation as well as mitigation of the impacts determined by the infrastructures. The Post LIFE conservation plan (2015-2019) of the PROVIDUNE project represents the commitment of the project partners to continue the protection activities of the 2250* habitat and of all the closely linked habitats. Moreover, in the frame of the project, Management Plans have been elaborated for the two Natura 2000 sites in the Provinces of Matera and  Caserta. Among the results achieved following the environmental recovery measures, it is necessary to highlight the following:

The project led to greater knowledge of the mechanisms through which beach systems function, with particular reference to the sedimentary exchange processes between the dunes and the submerged beach. The practical conservation actions of the PROVIDUNE project were carried out in the final phase of the project, and therefore their results will be evaluated over the next few years. However, it can already be said that the implemented measures acted like a brake on the threatening factors, and in particular on the impact of human presence in the summer months, moreover the efficiency of the grafting units and of the bio-mats laid down on the dunes are directly observable. 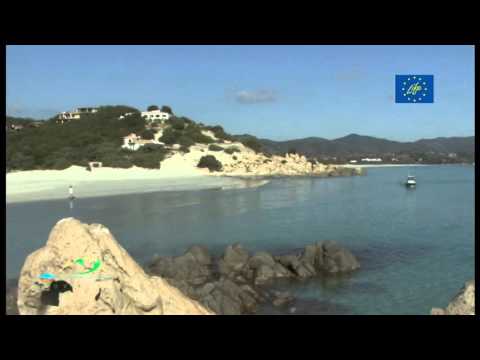