The NATSTOCER project made it possible to create a production plant capable of producing ceramic tiles similar to natural stone through an innovative treatment that completely modifies the traditional surface finishing phase (polishing / lapping / brushing) avoiding use of water and making it possible to apply these processes also on structured surfaces. The aim of the project was to create a closed circular process where the solid waste produced is reused within the production cycle, as abrasive material first and subsequently as second raw material.

Among the results achieved there is a significant reduction in sanding sludge production, water use and energy consumption as well as the complete recycling of the solid waste produced.

The project envisaged the realization of three main phases as follows:

More specifically, the main steps of the project focused on:

The tests carried out have allowed to arrive at the correct configuration of the entire production process and therefore to the expected final result. The technical actions and the production tests ended with the assembly of the production line and with the environmental and energy balance. During the final tests all parameters - related to energy consumption, waste production, water consumption -, necessary for a comparative analysis of LCA with the traditional system, were assessed and measured.

As had been foreseen, the plant has brought improvements regarding some environmental indicators and benefits:

The modification introduced has led to a reduction in the production capacity, from 500,000 m2/ year to 400,000 m2/ year, but allowed the achievement of several environmental benefits.

So, the NATSTOCER project achieved excellent results in the improvement of environmental performances, such as the reduction of production of fine powders of more than half a ton per year compared to conventional polishing, while sanding sludge was completely eliminated (400 tons/ year). The sintered waste was reduced by 100 tons/ year, and all corundum (aluminum oxide) normally considered waste, equal to 10 tons/ year, was recycled.

In addition, the new plant allows to obtain a product capable of replacing natural stone, with a possible saving of this natural resource equal to 12.000 m3/ year.

Also, the economic benefits obtained are more than satisfactory: savings related to the non-production of sludge and consequent no need of its transport and disposal in landfills amount to € 74,000 / year. The reduced water consumption results in a saving of 360 ​​€/ year; while the savings related to energy consumption is of 80.000 €/ year is. Finally, the reduction in the solid waste production allows to save 11.400 € / year. Overall, the tested innovative system saves 165.000 € / year. 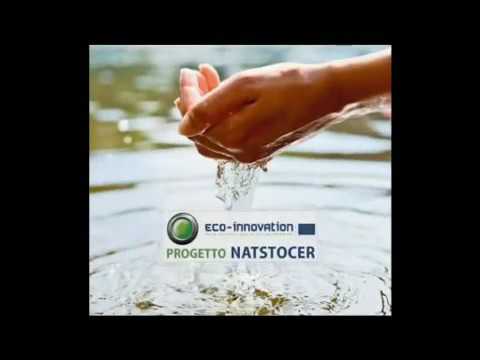