An estimation of the potential benefits of a Green Public Procurement (GPP) have been done in the frame of the RELIEF project (Research of green purchasing), a research project co-funded by the European Commission, concluded in 2003, aimed to assess the potential environmental benefits that would result if all European countries implemented green procurement. Afterwards the EU Commission published also the "Buying green!" manual, presenting the effective approaches and methods to implement GPP in the calls for proposals defined by public authorities, as well as several examples of administrations that have obtained significant benefits from the introduction of   green purchases. However, obstacles to the spread of GPP still persist. This is especially the lack of awareness of the role that green purchases can play as a tool for achieving sustainability and environmental protection objectives and the lack of information for public purchasers on the possibility of including ecological criteria in the purchasing procedures. In addition also operational barriers exist, such as:

The GPP InfoNET project defined some specific goals to address the above problems. The main aim was to raise awareness of the role of GPP in the implementation of sustainable consumption and production strategies, including the promotion of environmental technologies, actions that, in practice, could fill the information gap which hinders the implementation of GPP.

The GPP infoNet project supported the creation of a network composed of 9 public - Italian and European -  administrations to facilitate the promotion and dissemination of green purchases in the PA (GPP). The parallel activation of regional networks has reinforced the conviction that the sharing of methods, best practices and critical issues makes it possible to overcome the obstacles in the application of Green Public Procurement strategies and to replicate the experiences.

The project has also enhanced previous GPP experiences. In public administrations where the practice of green purchasing was scarcely used, a shared culture was promoted to support this new public procurement strategy and at the same time adequate tools and knowledge were disseminated. The main objectives of the project were to:

To this purpose the following goals were set up:

The project was managed by a steering committee coordinated by the Province of Cremona and formed by a technical representative of each partner (Region of Liguria, Region of Sardinia, Agenda 21 Local Coordination and Ecosystems S.r.l.). The role of the structure was to standardize the initiatives put in place and to ensure the respect of the deadlines. Territorial networks have been set up by promoting one or more local institutions supported by a technical secretariat.

The project website and the newsletter were the fundamental tools for presenting and communicating the best practices developed by each network.

The work program of the networks foresaw to start with a regional kick-off seminar. The topics covered by the networks were:

GPP infoNet was articulated in the following steps:

An intense work has been carried out to overcome the information gaps that prevent the implementation of GPP as well as the networking between the stakeholders. The definition of a common organizational and work model has led to the improvement of the networks’ functioning also in very different territories and with different experiences. The documents produced by the working groups of the regional networks can be taken, also by public bodies in other regions, as reference for the start of green purchasing procedures and policies. In summary the most important results obtained were: 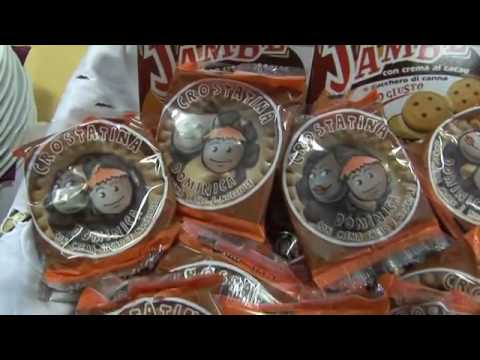