In 2008, through the implementation of projects designed to develop specific monitoring systems, the EU program LIFE+ promoted the assessment of environmental risk potentially deriving from the cultivation of Genetically Modified Organisms (GMOs). At that time, Italy was outlining a legislative framework that suggested the need to define the rules of coexistence between transgenic, biologic and traditional cultivation, in order to fulfill its obligations under EU law and comply with the national legislation in force (Law n.5/2005). In this regulatory framework, the Tuscany Region promoted initiatives aimed at filling the gap related to the lack of standardized tools to carry out environmental monitoring of GMOs and, at the same time, responding to the need to protect its territory from risks determined by transgenic crops. The DEMETRA project has contributed to build a European-level shared basis for the monitoring of GMOs in the environment, cultivated both for commercial and for research purposes. The main objective of the DEMETRA project was to implement an innovative method for the assessment of environmental risk related to the presence of genetically modified (GM) crops and to define a synthetic monitoring index (Quick Monitor Index - QMI) capable of determining in advance the potential impact of transgenic crops on the ecosystems and, therefore, giving indications on the operational mode of the environmental monitoring. Points of arrival of the project was the development of an innovative tool to quickly address monitoring that public bodies should implement in their territories where transgenic plants could be cropped. The activities of the project have not involved the use of transgenic organisms and the methodology adopted was based on a detailed analysis of the ecosystems allowing the study of a risk matrix related to transgenic plants, derived from bibliographic data and ecological/biological data collected in the frame of the project. The analyzed ecosystems included forests, wetlands, agricultural and uncultivated areas located within the Regional Park of Migliarino - San Rossore - Massaciuccoli, in the Province of Pisa (Central Italy). The project focused on three study areas characterized by different ecosystems: the Lake of “Padule di Massaciuccoli” (SCI IT5120021), the “Serchio” River and the “Arno” River (SCI “Selva Pisana” - SCI IT5170002). The Massaciuccoli Lake represents one of the most important wetlands in Italy; includes the habitats of European interest 3140, 7150 and the priority habitat 7210. The study areas of the Serchio and Arno Rivers fall within the SCI “Selva Pisana” (SCI IT5170002), entirely included in the Regional Park of Migliarino - San Rossore - Massaciuccoli. Among the numerous habitats of European interest of this area there are the 91E0, 91F0, 92 A0, 9340, 2270, 1150, 1410, 1420, 1510, 6420. Within the list of plant species present in the study areas and considered critical, a limited number of target species (maize, oil-seed rape, sunflower and poplar) were selected. The evaluation of the possibility of hybridizing cultivated varieties with wild species present in the areas of study has focused on oil-seed rape and poplar. The potential effects of GMOs on animal biodiversity were also analyzed. The study focused on invertebrates since they are directly connected with the habitat and constitute a very substantial group of consumers in the food web.

The data collected in the study areas were related to: i) weather conditions that affect the pollen transport; ii) plant and animal biodiversity; and iii) pollen flow of the plant species studied with pollen samples collected by pollen traps or insect pollinators, and consequently analyzed in the laboratory. The project activities lasted three and a half years (2010-2013) and were articulated in 20 actions. Among these, the most important were:

The project activity has foreseen actions of communication and dissemination of the achieved results including workshops, seminars, regional conferences, public events and video.

The project, while not including conservation actions, has provided important information on the state of biodiversity in the study sites that resulted very useful as basis for development of action plans by the Park Authority. DEMETRA was a unique initiative in the Italian and European scene. At EU level, in fact, currently there is no shared standard methodology for monitoring the environmental effects of GMOs. This gap was filled by DEMETRA providing an analytical tool, able to anticipatorily determine the potential impact of transgenic crops on ecosystem components. The intense investigation of the target ecosystems of the project has produced indirect positive effects too. In the SCI Regional Park of Migliarino - San Rossore - Massaciuccoli, in particular in the forests of natural poplars, an herbaceous perennial, Veronica montana (Wood Speedwell), and other nemoral species normally not present at sea level were found, which can be considered as potential bio-indicators of the conservation status of the related habitat. New data on the distribution of rare species or other species at risk was also collected.

Main results to be reported:

DEMETRA has succeeded in its objective to provide guidance to protect lands in case of use of genetically modified crops. The methodology developed in Tuscany can be replicated in all regions. All results are published in the book DEMETRA. 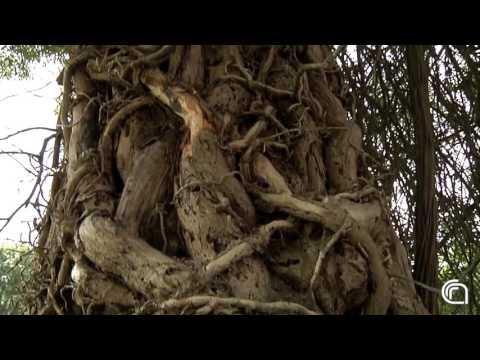