The CREWSOD project was born on the heels of the provisions of Directive 2008/98/EC on waste which promoted two new targets to be reached by 2020: the recycling of 50% of domestic waste and 70% of waste from construction materials. The CREWSOD philosophy is in line with the ”polluter-pays” principle (who produces less waste pays less). In the pilot phase, the project area involved 7 Municipalities belonging to the Piomba-Fino District Consortium which includes the municipalities of Montefino, Castilenti, Arsita, Bisenti; City of Atri, Castiglione Messer Raimondo, Pineto. Overall, about 8.000 citizens were involved in the project in the municipalities of Montefino, Castilenti, Bisenti and Castiglione Messer Raimondi, 1.500 in the City of Atri, while dissemination actions were mainly concentrated in Pineto involving 25.000 people (including residents and tourists). The CREWSOD project was structured on two main lines of intervention, one focused on prevention, the other on recycling.

The main project objectives were to:

The territorial context in which the project was implemented presented, at the beginning, the consolidated practice of waste collection with street bins, and the start-up phase of the "door to door" collection of differentiated waste.With the introduction of the "door to door" collection, an important outreach campaign was carried out, connected to the project that promoted citizens’ awareness about waste prevention and the recovery of sorted waste. The key aspect of the intervention was to make citizens aware that, in addition to being waste producers, they are also (and above all) consumers of services related to the treatment / disposal of the waste produced. This awareness has made it clear that citizens' behavior has a direct impact on the environmental, social and economic aspects. As service consumers in a system on demand, citizens have understood that they can affect the service costs in the direction of a reduction, becoming a key link in the rewarding mechanism. The environmental problem was therefore addressed by carrying out outreach activities in order to make users more aware of the issue of waste, thereafter concrete actions were carried out aimed at reducing the negative impacts of the waste production: recovery of differentiated materials; savings in the services that led also to a decrease in CO2 emissions into the atmosphere due to the reduced traffic of  vehicles in the traditional service.

The operational phases were as follows:

The tested service foresees two types of collection with specific costs: the differentiated door to door SOD (service on demand) and the direct delivery of the differentiated waste to equipped points or S-SOD eco-houses (self-service on demand). The eco-house is a computerized multiple bin for the collection of different types of sorted waste. Once the user is identified via bar code, the windows along the wall, where to introduce the waste, will open. An automated voice illustrates the operating, unlocking and transfer phases. The user goes to the structure, unlocks the window corresponding to the type of waste he/she is conferring and throws the sorted waste in the dedicated section of the bin. The transfer is then associated to the user through the bar code.

The prototype eco-house is composed of the following parts:

The embedded computerized identification system enables the structure to:

Replicability of the project: 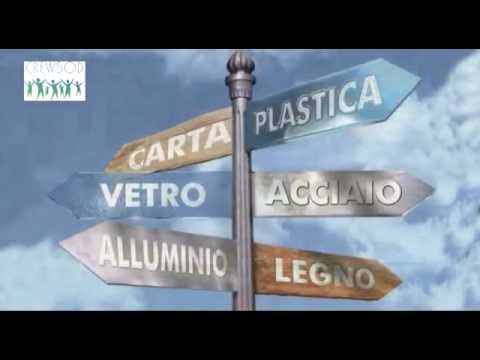