CARBOMARK is a pilot initiative which has led to test a voluntary carbon market in Veneto and Friuli Venezia Giulia, as a means of strengthening European policies to fight climate change and to reduce  greenhouse gas (GHG) emissions. This special market of “local dimension” – meaning the proximity of buyers and sellers – trades “carbon credits” which are intangible entities generated by activities that absorb carbon dioxide or avoid greenhouse gas emissions, among the main causes of global warming. .

In each region the matching between suppliers and customers in the framework of the project is managed by the “Kyoto Observatories” (advisory desks), which have the function of organizing and promoting the carbon credit market. In particular, the carbon credit trade can be performed within a wide range of agro-forestry activities: forest management, urban forestry, wood and bio-char (charcoal made from different types of biomass via pyrolysis) production. These activities involve forest owners, local authorities and SMEs.

The main actions considered in the project were:

CARBOMARK fostered closeness between GHG emitters and offsetting initiatives taken to fight climate change. The decision to operate on a local scale allowed to achieve environmental benefits in the same areas where GHGs are emitted. This mechanism differs from ruled market systems that operate worldwide promoting emission offsetting mechanisms which produce global effects.

The main results achieved by the project are:

CARBOMARK produced long-term benefits in Veneto and Friuli Venezia Giulia. This is the first case of large-scale dissemination of knowledge to SMEs and regional forest owners about the importance of the investments in GHG emissions mitigation and the possibility to exchange carbon credits. The awareness of the forest owners on the importance of forests in fighting climate  and on the chance to reward their mitigation effect through a mechanism that allows to diversify economic strategies on forest management has been enhanced. The project has also promoted, by enterprises’ side, a mechanism of CO2 “sequestration” as an approach to mitigate emissions through projects able to determine a positive environmental effect.

The results of the project (given its replicability) can be improved by creating new local carbon markets in other Italian regions which have already expressed interest for that during the CARBOMARK information activities (among them  in particular Lazio and Piemonte). Moreover,  in 2014 the municipalities of Lusiana (VI) and Mel (BL) set up two carbon credit auctions.

For its results, the project was awarded “Best LIFE Environment” during the European Green Week in Brussels on June 5th 2013. 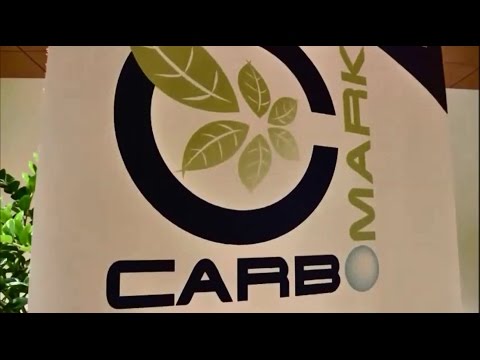