The ARUPA project had the main objective of ensuring the survival and increase of the population of some amphibian and reptile species within the ravines of Matera that, since 1995, is part of the SPA/SCI IT9220135 site “Gravine di Matera”. Specific objectives were the preservation of amphibians and reptiles and the mitigation of threats to their survival, an in-depth and detailed analysis of the knowledge base about the territory, gained through a TIS (Territorial Information System) tool created in the frame of the project, as well as studies on the habitats relating to water analysis and monitoring activities. The “Gravina di Matera” SCI is an area of outstanding natural beauty and landscape, since it is greatly diversified. In addition to the numerous plant species of considerable conservation value, the site has also a rich community of reptiles and amphibians, including some species of community interest such as Hermann's Tortoises (Testudo hermanni), Four-Lined Ratsnake (Elaphe quatuorlineata), Leopard Snake (Elaphe situla), Apennine Yellow-bellied Toad (Bombina variegata) and Italic Crested Newt (Triturus carnifex) that represented the target species of ARUPA. The herpetofauna is one of the vertebrate groups at greatest risk of extinction throughout Europe. In recent decades, indeed, they have been rapidly decreasing both in terms of number and species, due to the climate change, direct killing, introduction of foreign species and changings in the natural habitat caused by the property development, forestry, intensive farming and mineral extractions. In the frame of the ARUPA project a reintroduction of the Italic Crested Newt and Italic Triton species has been carried out. The territory of the "Gravina di Matera" SCI site is located to the south-east of the city of Matera, within the portion of the “Murgia” hills known as “Matera-Laterza” (Murgia Materana). It takes the form of a plateau interposed between the two regions of Apulia and Basilicata. The area of the SCI is nearly coincident with the Regional Park of the “Chiese Rupestri” (Rocky Churches).

The ARUPA project has produced a series of direct safeguard measures for eliminating the existing threats. Several initiatives have been realized to ensure the survival of populations through habitat restoration of the riverbed, reforestation, restoration of dry-stone walls, construction of forest nurseries and artificial environments for the growth and multiplication of amphibians and reptiles, raising of awareness of the stakeholders about the importance of conservation of these species and habitats drawing the attention on the environmental degradation level reached by the Gravina creek. ARUPA was aimed at renaturalizing  the original environment of the “Gravina di Matera” counteracting the causes of degradation and pollution so that the natural herpetofauna could reproduce spontaneously. To this end the actions put in place were focused on creating new artificial environments, inserted in the particular environment, for the preservation, growth and multiplication of amphibians and reptiles, and to reproduce in captivity the threatened individuals, with the aim of increasing the population within the “Gravina di Matera”. The first phase of the project was devoted to preparatory actions including the development of a TIS (Territorial Information System) supported by a GIS platform developed by the University of Basilicata, which allowed to analyze and comprehend the scientific, geographical and administrative information of the project area. Afterwards, studies were carried out on the habitats and the target species. The main concrete preservation actions were the following:

The communication and dissemination actions constituted a fundamental part of the project ensuring the visibility of the initiative, promoting the objectives, activities, results and products through the widest possible dissemination of information between all stakeholders.

It was the first time in Basilicata that active interventions were made in favor of amphibians and reptiles. With the restoration of minor wetlands and through the use of bioengineering techniques associated with modern bio-compatible construction materials, the need to safeguard the landscape and its cultural and historical aspects as well as the need to preserve the species were conjugated.

The interventions resulted in an increase of the area occupied by this habitat up to more than 200% of the previously occupied area. The monitoring performed showed an increase of the Apennine Toad population registering 8 breeding sites and estimating 124 individuals. Hundreds of individuals were reared in the breeding center and then released in sites created within the project. The Italic Crested Newt and Italic Triton species have appeared in rise compared to the pre-project period when they were rare and with populations in whole or in part isolated from each other.

The project resulted into the following outputs:

In the regional context the concrete conservation actions implemented by the project has renewed the perception of naturalness of the sites. Since these actions were performed in the final phase of the project the actual results will be evaluated over the next few years. 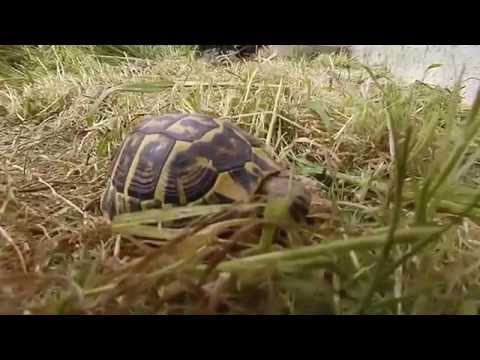