The protection of the two brown bear populations in Italy, the one in the Alps and the other in the Apennines, was the purpose of the LIFE project ARCTOS. Its goal was to support the conservation of the two groups through the adoption of management measures which are compatible with the presence of this plantigrade, the reduction of conflicts with human activities as well as the dissemination of information and outreach of the major interest groups. The main threats to the brown bear conservation in Italy are represented by the progressive loss of natural habitats, an inadequate management of conflicts with human productive activities (particularly with livestock  raising) and the lack of an eco-ethology knowledge base of the species necessary for the adoption of proper management practices.

The results expected on long-term were:

The brown bear is present in Europe with 10 distinguished and completely separated populations, while the two Italian populations are characterized by very different history features but having similar survival problems. The Apennine population has been isolated for over 500 years and is made up of a sub-species (Marsicano type brown bear) to be considered an evolutionary and conservationist unit by itself. It has an extremely small range in the National Park of Abruzzo, Lazio and Molise (NPALM) and surroundings. In the Alps, on the other hand, the brown bear population was reduced to a few individuals in the 90s when the release of 10 bears from Slovenia in the Adamello Brenta Nature Park was undertaken in the frame of the LIFE project URSUS, implemented between 1999 and 2002. The presence of the species is permanent only in the territory of the Autonomous Province of Trento where there is a concentration of female individuals and where the reproductions occur.

Before the launch of the ARCTOS project the brown bear population of the Apennines consisted of approx. 50 exemplars, while that of the Alps of approx. 30-40 individuals, all very vulnerable with a high grade of mortality which slowed down the increase of the populations.

The project provided an opportunity for the implementation of the Action Plan for the Protection of the Marsicano type Brown Bear and the Interregional Action Plan for the Brown Bear Conservation in the Central-East Alps (respectively PATOM and PACOBACE plans), according to which all involved subjects commit themselves to operate in a coordinated manner in order to contribute to the general objectives of the brown bear conservation. The initiative allowed the implementation of some actions foreseen in the frame of the two plans, requiring the transfer of experience from areas characterized by the permanent presence of brown bear to newly colonized areas (in the Alps) and a high level of coordination between local authorities in different fields (in the Apennines).

The ARCTOS project has implemented a series of actions referring to four line activities aimed at mitigating the threats concerning the brown bear:

The active involvement of the population and especially of farmers, the most affected by the presence of bears, was one of the main objectives of ARCTOS which performed an intensive communication activity through meetings, educational programs, targeted campaigns associated with crucial tasks such as extraordinary vaccination of dogs present in the bear’s ranges and the activation of emergency teams.

The project was quite challenging because of the complexity of the partnership and the conformation of the separated application areas. The immediate visible results were those relating to mitigation of the conflicts,   cooperation with the farming community to reduce the damage caused by the bear, testing of innovative interventions on buckthorns, vaccination of dogs against distemper and commissioning of anti-bear bins. The interventions on buckthorns with the planting of new seedlings and coppicing activities constituted an important and innovative practice, never experienced before on this species. During the project a quantity of buckthorn berries was collected and delivered to the regional forest nursery “Fonte dell’Eremita” of the NFC (National Forest Corps) located in Castel di Sangro, to produce more seedlings to be used in subsequent plantings, given the difficulty of finding on the market the seedling of this species. An amplifying effect in the consolidation of buckthorns is also determined by the coppicing of the most aged or damaged specimens. It was noted how buckthorn, which has a slow growth from seed, proves and maintain on the long term a high stump sprouting capacity. These two measures constitute replicable interventions that can be applied during normal forestry activities exercised by private and public owners in all areas where buckthorn, even occasionally, is present, or in other areas subject to specific targeted interventions. The vigour of new shoots in coppiced plants made it clear that in the short-medium terms these interventions may allow an upturn of the production in the presently dry plants, and thus a faster and extremely low cost increase in the buckthorn productivity. The coppicing experiment has certainly represented a good practice to be exported to other areas where buckthorn is critical to the bears’ diet.

As regards the Apennine area the produced guidelines formed the basis for the preparation of the Management Plan of the Natura 2000 sites of NPALM and also for those sites of the Abruzzo region which are located in the Marsicano bear’s expansion area. The Lazio region has entered the information in the Regional Council Resolution by which the conservation measures of the regional sites with bear presence were approved, propaedeutical measures for the transformation of  SCIs (Sites of Community Importance) into SACs (Special Areas of Conservation). Moreover the measures established in the guidelines for the first time were adopted by the Rural Development Plan (RDP) of the Abruzzo region, so that farmers can take advantage of incentives only if adopting an environmental friendly corporate policy such compliant with bears. Finally consultations were held with municipalities and breeders for the drafting of the pasture management plan which will lead also to a revision of the rules governing the sector.

Following some of the main achievements of the ARCTOS project in synthesis:

Thanks to ARCTOS it was experienced, for the first time in the National Park of Abruzzo, the so-called participatory communication where the traditional frontal meetings were replaced by an innovative methodology that allowed an active involvement of local communities in order to ensure greater effectiveness of the conservation actions.

Communication activities allowed to gain some information about the opinions of special interest groups and their state of knowledge about bears. In this regard several brochures were produced for the dissemination of the main issues relating to the prevention of damages from large carnivores, livestock raising practice management in the areas with bear presence, prevention and management of human-confident bears, waste management and hunting management. A major achievement was also the implementation of project activities addressing some schools in the Alps, allowing to work with 70 classes and 1.300 pupils. 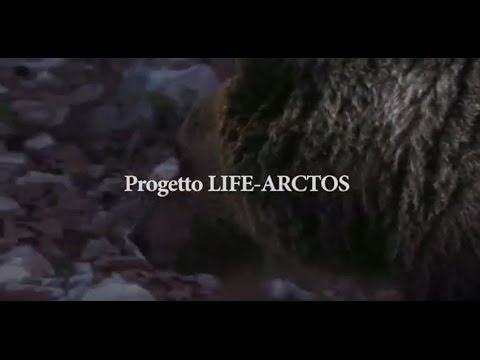